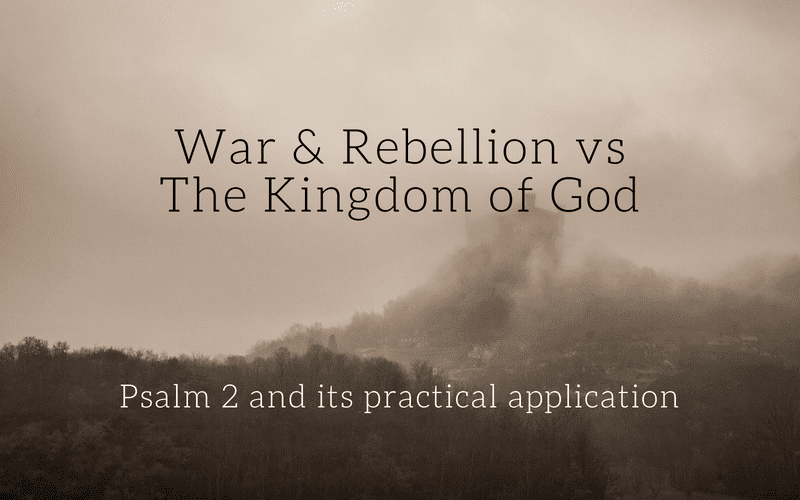 Plotting, secret whispers, hushed rebellions, and fits of rage. They call for the smoke of revolution to fill the battlefield. Hoping that the old standard is dead and a new lawgiver lives. You find this warring desire in all who break God’s commands. Individuals. Family. Church. County. State. Country. Anyone that raises its flag against the King of Kings carries the spirit of Psalm 2:1-3.

Why do the nations rage
and the peoples plot in vain?
The kings of the earth set themselves,
and the rulers take counsel together,
against the Lord and against his Anointed, saying,
“Let us burst their bonds apart
and cast away their cords from us.”

Plotting, planning, and raging begin with the desire to be God. We want our own rules, blessings on our terms, and standards that do not conflict with our pleasures. False worship always precedes disobedience.

The rebellion of the un-meek

The meek shall inherit the earth according to Jesus. To be “meek” means to be harnessed, and in the context of the Sermon on the Mount, by the Law of God. The whole point in their planned rebellion is to un-meek themselves. “Let us burst their bonds apart and cast away their cords from us.” 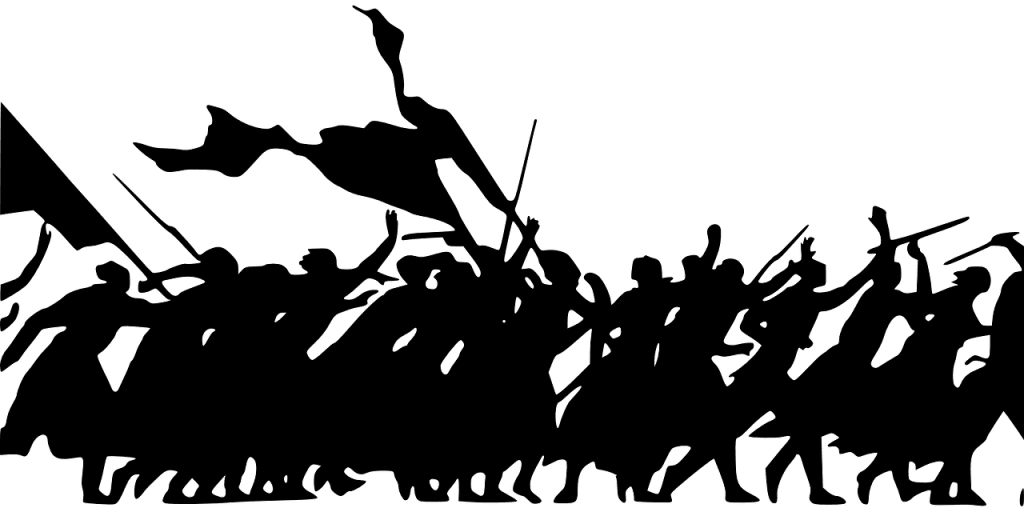 We see that the rebellious ruler will break his word, treaties, agreements, and promises. Instead of living in peace under God’s rule and its blessing, they would rather have a basket full of curses as long as it comes with their autonomy. Instead of breaking the bread of peace, they instead break their words for the poverty of self-deification.

“What does God think of this? What will He do in response?” Verses 4-6 are God’s assessment of the rebellious people, and what his course of action was to their plotting. This inspired response to sinful rebellion will help us formulate how we should respond to wicked rulers today.

He who sits in the heavens laughs;
the Lord holds them in derision.
Then he will speak to them in his wrath,
and terrify them in his fury, saying,
“As for me, I have set my King
on Zion, my holy hill.”

Mockery is the response of God against rebellion, at least in the example of this Psalm. The scoffers of Psalm 1 have now had the scoffing brought down upon their own head. When God’s Kingdom is threatened, we see not fear but courageous joy.

God does not sit by and amuse Himself with the futility of the wicked rebellion of the rulers. God is a God of action. He looks straight into their hearts and gives them the exact opposite of what they want.

They want their own authority; a law unto themselves. So God, after laughing at their attempts you nullify His Law, enthrones the Great Enforcer. The Son of David, who will execute His judgments and extend His dominion over these rebellious leaders.

Who is this Son?

I will tell of the decree:

The Lord said to me, “You are my Son;
today I have begotten you.
Ask of me, and I will make the nations your heritage,
and the ends of the earth your possession.
You shall break them with a rod of iron
and dash them in pieces like a potter’s vessel.”

Now therefore, O kings, be wise;
be warned, O rulers of the earth.
Serve the Lord with fear,
and rejoice with trembling.
Kiss the Son,
lest he be angry, and you perish in the way,
for his wrath is quickly kindled.

Resistance is futile. Now that the Son of David, Jesus Christ, is seated, there is an ultimatum. Submit or be destroyed. Rejoice, be glad and be blessed under the reign of the King of Kings, or be trampled underfoot.

Blessed are all who take refuge in him.

Are you afraid of wicked men in authority? Is it hard to understand how Jesus will grow His Kingdom when rulers want to throw the restraints that God has put on them?

Proper posture: As a Christian, we are supposed to be people of hope. For, “Little children, you are from God and have overcome them, for he who is in you is greater than he who is in the world.” (1 John 4:4) Even when those who have an anti-christ spirit surround you, know that you have already beaten them because they have been defeated by Christ.

The rebellious man is easy to discern, but not usually in ourselves. What do you consult when you have an ethical dilemma? When building a strategy for your self-study, family, schooling, work, or business, what the is the fundamental measure you use to determine its success. Do you go to experience – yours or someone else’s? Do you go with the path of least resistance, or even the most?

When we decide for ourselves what is good or bad, what is wise or foolish, without considering our King and His commands, we are the same as the wicked rulers. We, intentionally or unintentionally, cast off the bonds of Jesus. Remember, that His are easy and light. In casting them aside, you will find chains in their place.

Start asking, “What are some of the essential components of each decision? Where has God spoken on these? What does the Law forbid or require of us? How can I be obedient in my choice?”

Jesus often said that if we are faithful to Him, he would call us “friends.” (John 15:14) The fascinating thing about this word is that it has a ring of royalty.

Some years ago, Dr. Adolf Deissmann pointed out that the title friend (philos) was used at the court of the Ptolemies for the highest royal officials or princes, so that philos or friend means, in the context used by our Lord, princes. The Septuagint reading for Esther 2:18 is philos, rendered princes by the King James Version.

We can understand Jesus like this, “If you are faithful to my Kingdom, then I will make you princes.” That is exciting! No one wonder Jesus says there are “least” and “greatest” in His Kingdom.

We are the Lord’s faithful princes and princesses. We can establish the reign of Jesus in the midst of rebelling leaders, simply by obeying His Word. In doing so, we build up righteousness and justice under the very nose of the unrighteous and unjust.