Tithing & Dominion Ch. 7 Outline: To Whom Do We Tithe? 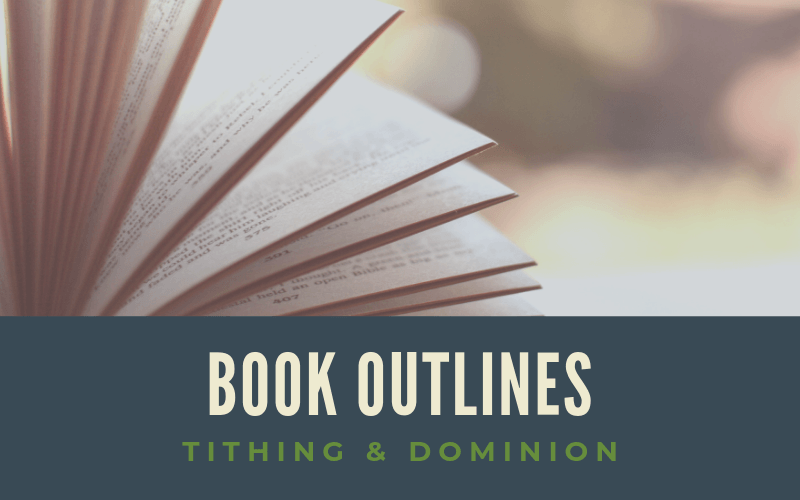 A common spirit of those against the tithe

Where, or to whom does the tithe go?

The tithe and the duty of private-judgment

The loss of the tithe produces poverty-gospel, extravagances, and bitterness

The transparency of tithe recipients

First, taking God’s Law seriously is not pharisaical, and neither is tithing. The denial of the tithe is antinomian. Besides the imputed righteousness of Christ, we can be more righteous than the Pharisees in our actual righteousness (how we act). Second, there is guilt for the giver and receiver of misused tithes. The tither is guilty of foolish judgments, and the receiver is guilty of evil stewardship.